In 1790, The newly formed US Congress passed the Residence Act allowing for the creation of a new city ‘not more than 10 miles square’ as the seat of the Federal government.  The site chosen by George Washington sat between the Potomac and Anacostia rivers making the city accessible for commerce but also defensible against naval attack.  Conveniently, it was also just up the road from Washington’s home at Mount Vernon. 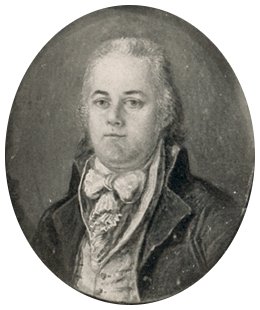 The surveyor Andrew Ellicott (Fig. 1), who would later serve as the US boundary commissioner, was hired to establish the city boundaries.  The charge for planning the design of the city, however, would fall to Pierre L’Enfant.  L’Enfant (Fig. 2) had fought in the continental army in the Revolutionary War and proven himself an adept designer with his work on the temporary home for Congress, Federal Hall in New York City.  The new federal city was a blank canvas for L’Enfants artistic flourishes and he set out a grand plan based on Baroque design principles and his experience of European city design. 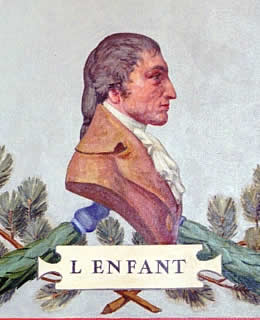 These ideas were put into practice by anchoring the city center at three points: the National Mall (then called the Grand Avenue), Capitol, and President's House (see Fig. 3).  These structures were arranged as a right-angled triangle with angular avenues radiating outward and overlaid with a regular grid of streets.  Streets and avenues are set to converge on monumental government buildings and other public spaces, mostly parks, which vary in size depending on the number of streets running through them.  The intended effect was for the avenues to appear as corridors to view from one open space to the next and create a sense of movement, as though one were moving from room to room within a house.  The topography was also put to great use with the placement of the Capitol on the highest point in the area, Jenkins Hill and by running a navigable canal between the outlying rivers to encourage commerce in the city center. 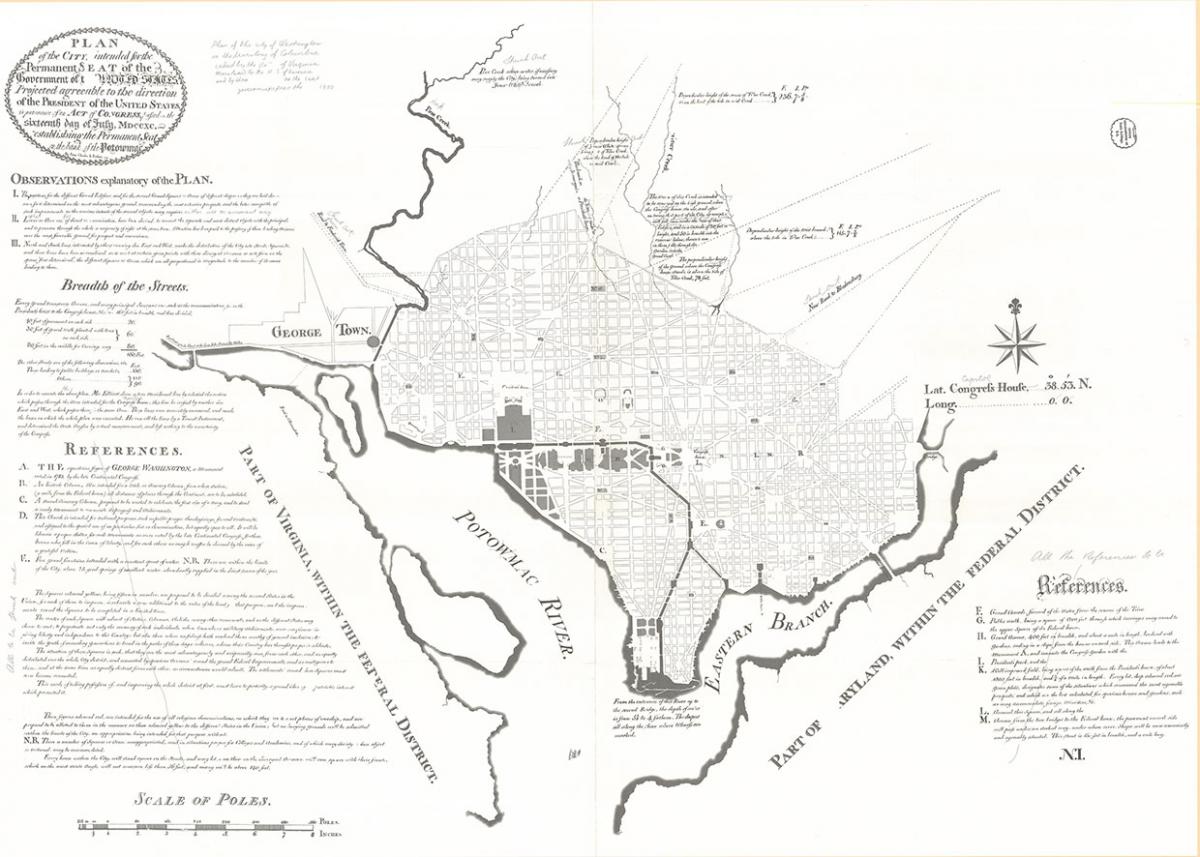 Fig. 3: Plan of the city intended for the permanent seat of the government of t[he] United States : projected agreeable to the direction of the President of the United States, in pursuance of an act of Congress, passed on the sixteenth day of July, MDCCXC, "establishing the permanent seat on the bank of the Potowmac"   Drawn by Pierre L'Enfant, 1791.  Reproduced by the U.S. Geological Survey and Library of Congress, 1991.

The design was well received but L’Enfant was dismissed in February 1792 once it became obvious that he was uncooperative and off-schedule.  Unfortunately, L’Enfant left the city with the only copy of his plan in hand.  This left Ellicott to redraw the plan from memory (Fig. 4) wihich he did with incredible accuracy. There were also conscious changes made to the plan such as the transformation of some public spaces and the straightening of Massachusetts Avenue.  Details for the central area were embellished to include building footprints for the Capitol building, President’s House and even trees to line the National Mall. 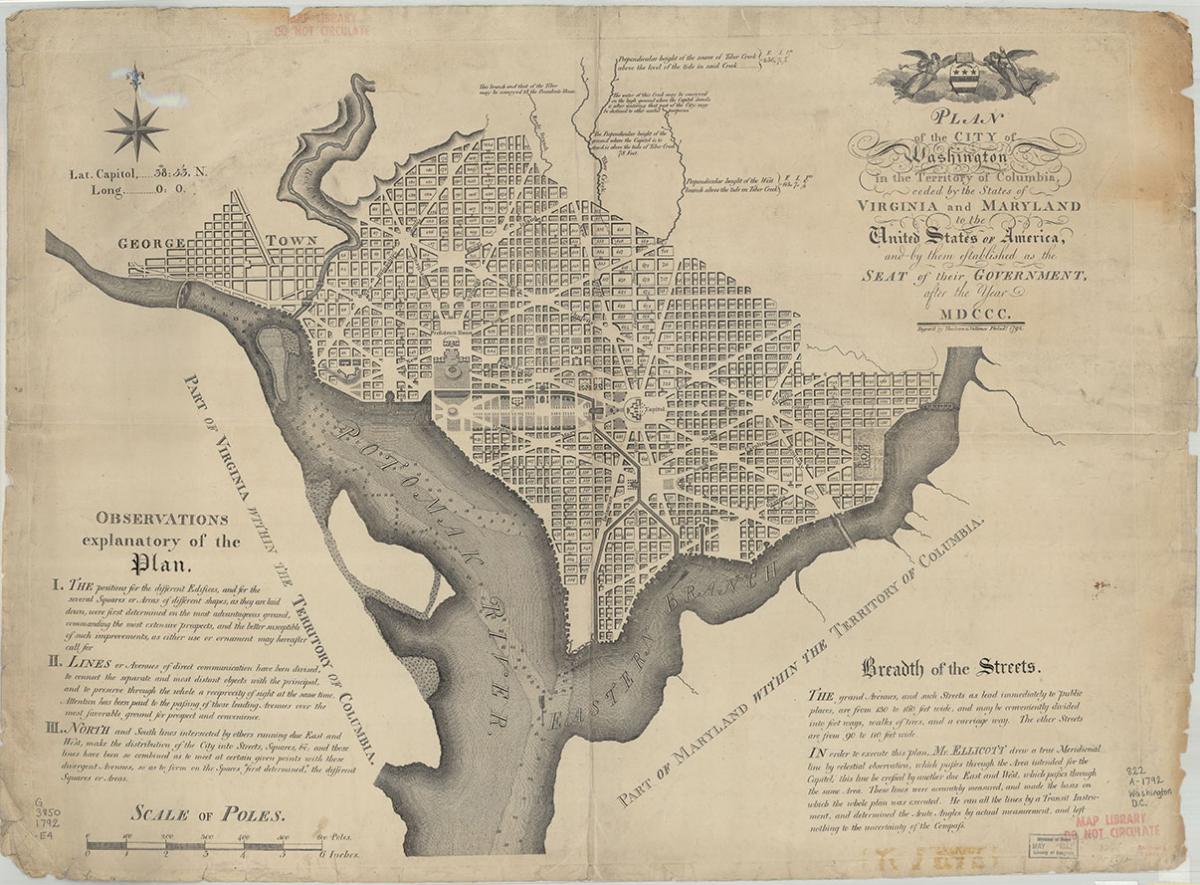 Fig. 4: Plan of the city of Washington in the territory of Columbia : ceded by the states of Virginia and Maryland to the United States of America, and by them established as the seat of their government, after the year MDCCC.  Drawn by Andrew Ellicott.  Engraved by Thackara & Vallance, Philadelphia. 1792.

Despite the traffic headaches and other issues that L’Efant’s plan effect upon the modern visitor to Washington D.C., it has survived over two centuries of change.  L’Enfant’s legacy was the basis of the 1900 McMillan Plan, named for Senator James McMillan of Michigan, which created much of the monumental cultural space that we observe today.  It is without doubt that Pierre L’Enfant has earned his place atop the hill at Arlington Cemetery, overlooking his grand design (Fig. 5).

The MSU Map Library possesses an original copy of the 1792 map drawn by Andrew Ellicott that is on display in our exhibit case now!