Here There be 'Gators! 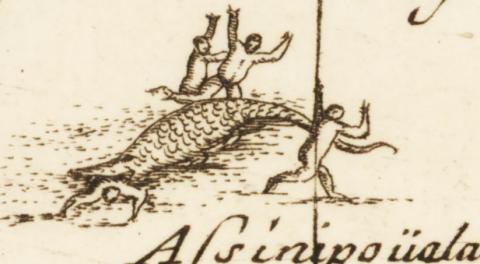 This map depicts a very accurate rendering of the Great Lakes for its time.  Illustrations sprinkled throughout the map show Native Americans engaged in various activities including drying fish and being eaten by an alligator.  Explorer reports from the Gulf of Mexico must have been consulted and mixed in with more northerly reports as we see depictions of palm trees and alligators dotted throughout the Great Lakes and into Canada.

The region, and the map, is called ‘La Louisiana’ to strengthen the claims of King Louis the 14th of France.

Vincenzo Coronelli was an Italian Franciscan monk who travelled to Paris and somehow gained permission to access reports of French explorers and Jesuits active throughout the Great Lakes.  He became a renowned globe maker, but also produced many maps and atlases.  This map appeared in the second edition of Coronelli’s atlas Atlante Veneto. 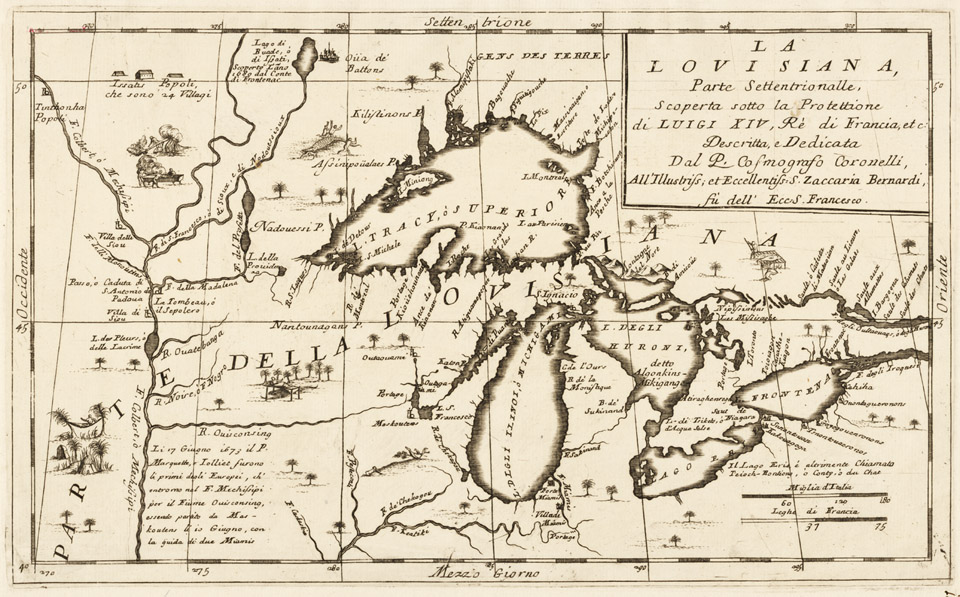 La Louisiana. Made by Vincenzo Maria Coronelli. From Atlas Veneto. Published in Venice in 1695.

This map will be on exhibit in the MSU Map Library the week of September 24, 2018. It was a generous gift of Ron Dietz.